Home News In Assam and Manipur, Rise in Teenage Pregnancy and Poor Health Increases
Other

In Assam and Manipur, Rise in Teenage Pregnancy and Poor Health Increases

Breaking the intergenerational cycle of undernutrition is one of the key pillars towards eliminating malnutrition in India. The process, however, has seen a history of neglect.

Intergenerational influences are defined as “conditions, exposures and environments experienced by one generation relate to the health, growth and development of the next generation.”

Significant incidences of early marriage and childbearing are among the important causes of undernutrition, due to the adverse intergenerational bearing on health, education and employment.

India has seen impressive gains in the past decades in reducing marriages among children below 18. While early marriage figures in the 22 states and Union territories covered in the latest National Family Health Survey (NFHS-5) has not increased since the last report published five years ago, teenage pregnancies have increased. 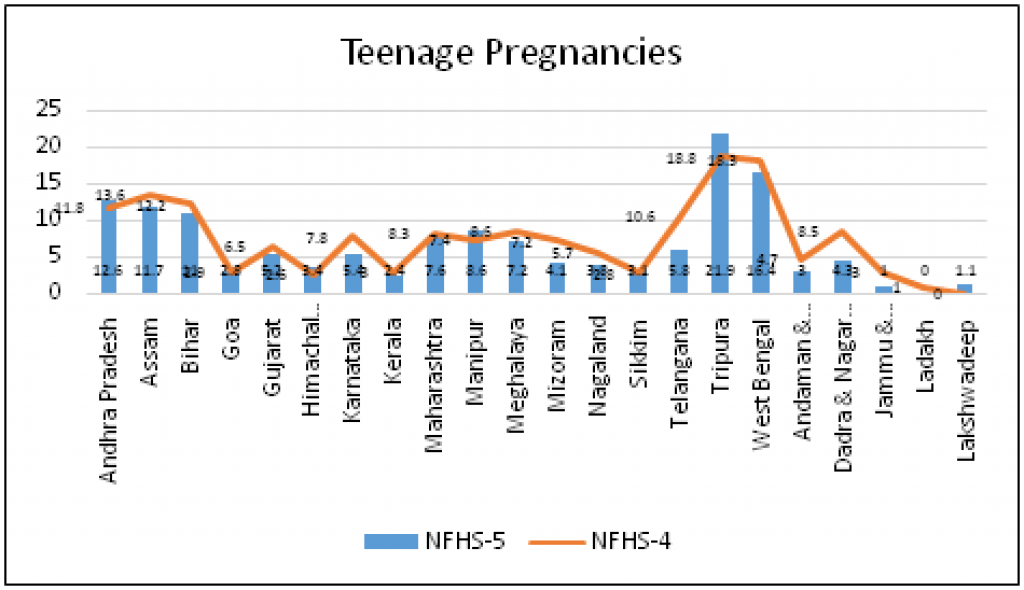 Credit: Down to Earth

Malnutrition trends are alarming, with 11 states show a rise in stunting in children under five years of age, the highest being reported from Meghalaya (46.5 per cent) and Bihar (42.9 per cent). NFHS-5 shows a sharp rise in stunting for Kerala, Goa and Tripura, which is a cause for concern.

Wasting remains stagnant or shows a rise in most of the states/UTs. The underweight population is on the rise in 11 states. 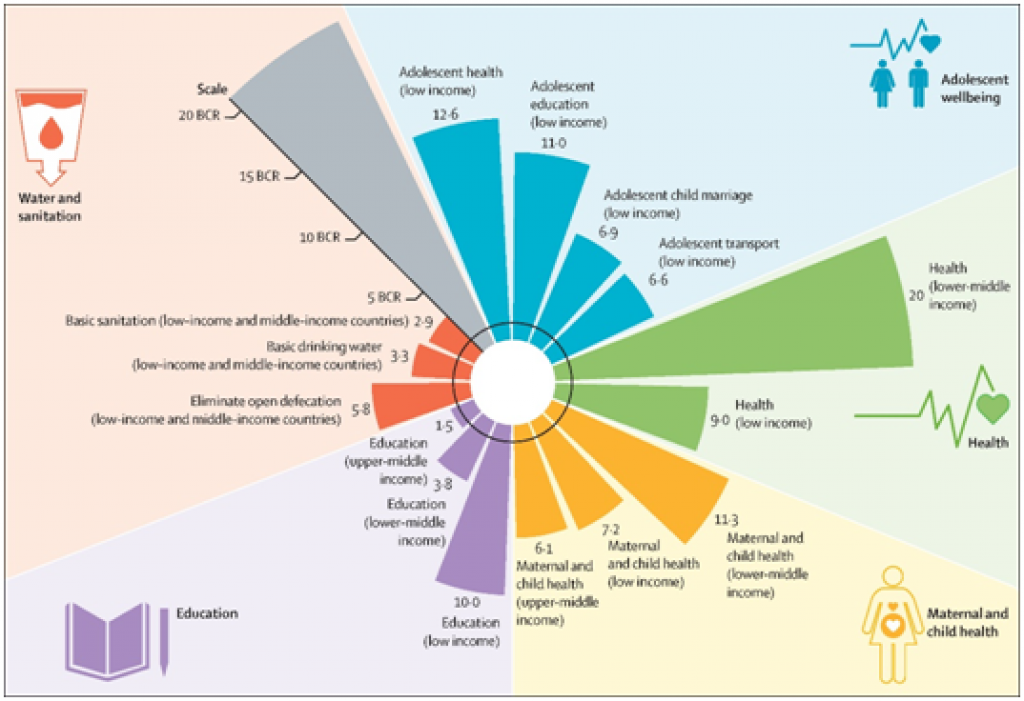 Credit: Down To Earth

Data on nutritional status of women indicates a decline in the percentage of women who are thin (body mass index less than 18.5) and a sharp rise in women who are obese/overweight in 16 of the 22 states/UTs.

Evidence indicates that children born to adolescent mothers have a 10 per cent higher prevalence for stunting. Case studies from across India show how adolescents and young girls get consumed into the intergenerational cycle of malnutrition.

The cycle is heightened by poverty, social exclusion and gender discrimination, leading to irreversible effects on cognitive and physical development. It can be combatted through robust interventions for both mother (pre-and post-pregnancy) and child, thereby, addressing the high burden of stunting.

Anaemia in adolescent mothers has a lasting impact, posing the risk of maternal mortality, low birth weight and a higher risk of anaemia in the newborn.

Assam seems to be performing poorly on all nutrition-specific interventions, which is a cause for concern. About 40 per cent adolescent girls suffered from anaemia in the state, according to the 2016-18 Comprehensive National Nutrition Survey. A quarter of adolescent girls are deprived of the four school-based services including mid-day meal, bi-annual health checkup and deworming and weekly iron and folic acid supplementation.

The nutrition-sensitive indicators on water and sanitation, however, showed marked improvement with increased coverage across states/UTs. Ante-natal care coverage has also has improved in 11 state/UTs, with Goa having the highest coverage at 93 per cent, and Bihar and Manipur recording significant improvement.

Antenatal care can help in reducing adverse health outcomes during pregnancy and childbirth. An analysis from NFHS-4 indicates lower maternal education, poor wealth quintile and teenage pregnancies as some of the reasons for lower utilisation of antenatal care services in India.

Investment in maternal and child health, and adolescent well-being, yields a high benefit-cost ratio, with a triple dividend in both low and upper-middle-income countries.

In 9 Districts of Nagaland, No Blood Bank Available