Chief Minister Khandu along with side state home minister Bamang Felix, inaugurated the Picturetime Digiplex with a flag-off ceremony.

“This is an initiative taken by the IPR and tourism department. The government’s thought process behind this was that entertainment shouldn't just be limited to metro cities but should even be accessible to the agricultural areas,” Khandu said.

He said these mobile theatres would be helpful with not just providing entertainment, but also for educational purposes.

“There may be a craze for Bollywood films here too, and with these portable theatres we could bring newly-released films to the villages,” he said. 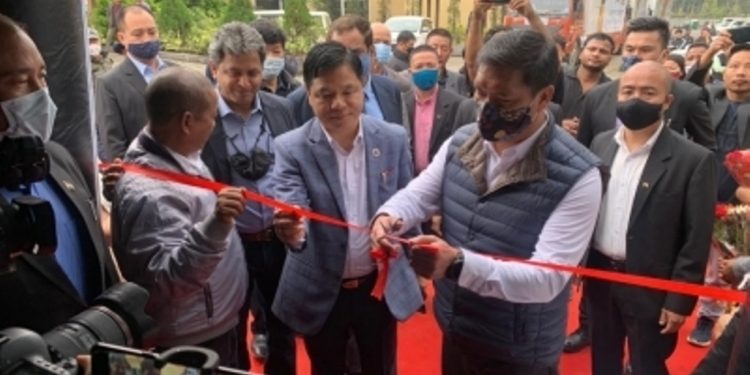 “I hope our vision to assist empower people within the interiors/rural areas will succeed and everybody will enjoy this set-up. we've ordered five such theatres and can send them to varied districts of Arunachal. Within a year we might know what impact it's had on people and shall accordingly tread further,” Khandu said.

Picturetime Digiplex has within the past showcased the Salman Khan-starrer “Dabangg 3” and “Tanhaji: The Unsung Warrior” starring Ajay Devgn within the interiors of Maharashtra, and Satish Kaushik’s “Kaagaz” in rural Uttar Pradesh.

“Our theatres within the interiors of Maharashtra and Uttar Pradesh received a tremendous response. We are so glad to now have collaborated with the govt of Arunachal Pradesh and convey in our Digiplex to the interiors of this state,” informed Sushil Chaudhary, founder and CEO, Picturetime.

After delivering five Digiplex theatres in Arunachal Pradesh, the corporate is predicted to line up theatres in other districts of the state, too.

Read More: The Pic of Varun Dhawan with Arunachalee Boy is Winning the Internet