Sikkim Suffered Rs 600 Crore Loss Due to the Pandemic

The picturesque Himalayan state of Sikkim, with a population of under seven lakh, reeled under a serious crisis in 2020 as the COVID-19 pandemic crippled its tourism industry, the mainstay of its economy.

The tourism sector suffered losses to the tune of Rs 600 crore this year due to the pandemic, Sikkim Tourism Development Corporation (STDC) chairman Lukendra Rasaily said.

Sikkim was untouched by the pandemic for a long time before coronavirus struck the border state in the last week of May when a student, who returned from Delhi, tested positive.

Two months later, the state reported its first COVID- 19 fatality when a 74-year-old man from East Sikkim district succumbed to the disease.

The virus then spread to all the four districts, including the sparsely-populated North Sikkim, with around 0.8 per cent of the total population found positive.

“The COVID-19 pandemic has had a debilitating impact on the tourism industry, which is the backbone of the state’s economy,” Raaily told PTI.

The surge in the outbreak could not be tamed despite the state government sealing the borders, banning tourists and suspending educational activities as early as the first week of March. 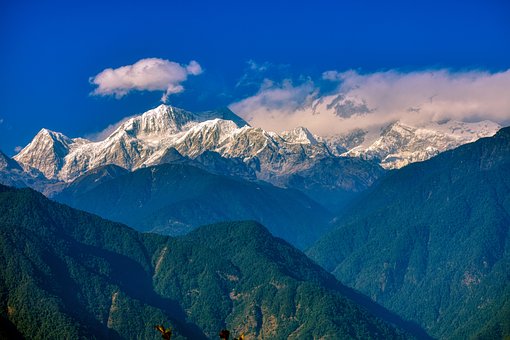 India-China trade at the Nathula border pass was also suspended in the wake of the pandemic.

With little room for generating revenues locally, the Prem Singh Tamang government, pinched by business activities remaining shut for months, has set up a committee of experts to suggest measures for the revival of the economy.

The state is reporting up to 200 cases on a weekly basis at present.

For the first time since the 1800s, Buddhist monasteries of Nynmapa and Khagyu sects in Sikkim will not organise the famed Khagyad Chaam, a traditional mask dance, this year due to the COVID-19 pandemic.

The mask dances, performed by monks, are held every year in various monasteries in the state during the Bhutia festival of Losoong (New Year), and are attended by thousands of devotees as well as tourists from all over the world.

In a rare positive development during the year, Defence Minister Rajnath Singh inaugurated a 19.85-km alternative road along the National Highway-310 in Sikkim in October.