The rescue mission was completed by the 48th Battalion of ITBP on Tuesday at 13,500 feet. 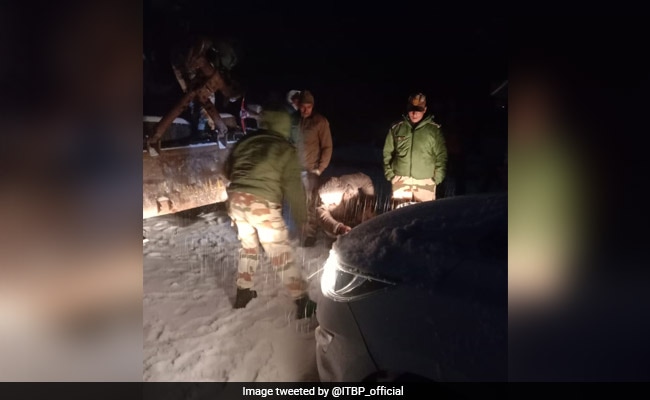 As indicated by ITBP, three traveller vehicles with 17 sightseers were abandoned close by Sherathang because of weighty snowfall.

"The sightseers comprised of 3 youngsters, 4 ladies and 10 men. Clinical assistance was given to ladies and a kid who was feeling debilitated," ITBP said.

"The salvage activity began on Tuesday evening and the vacationers were evacuated by 10 pm," it added.

Also Read: Tourism to be Promoted in Arunachal Pradesh